Billy Baroo's Smokehouse & Bar at Foster Links Golf opened in November 2009 and is locally owned and operated. Proudly offering affordable elegance on the City of Tukwila's pristine golf course Foster Links. We strive to provide the best experience in our dining room and in our banquet rooms; our goal is to exceed expectations. We smoke all our meats in house, nitrate free, our soups and sauces are prepared from scratch daily using natural preservative free ingredients whenever possible.

Course Established in 1925
Course Opened on 2-13-1925
Second Nine Opened in 1927
Course Architect: George H. Eddy
Named after the town of Foster (in turn named after Joseph Foster, an early Washington pioneer), Foster Golf Links sits on the banks of the Duwamish River in what is now Tukwila, Washington. The golf course began as a dream of one man who sought to own and operate a golf course. His name was George Henry Eddy. 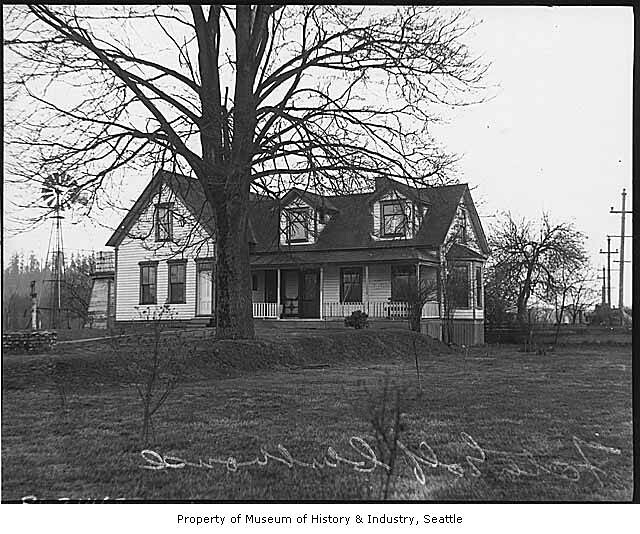 In 1924, against the advice of others, and mortgaged to the hilt, Eddy purchased a fifty acre tract of land on the Foster homestead on the banks of the Duwamish River. By September, 1924 Eddy began laying out a nine-hole course.

By February, 1925 the course, initially called the Maple Grove golf course, was ready for play. Constructed during the winter months, the course was undoubtedly rough. Yet the entire golfing community in the Puget Sound area turned out in support of George Eddy's creation.

On February 13, 1925, Foster Golf Links officially opened for play with a four-ball tournament. Governor Louis F. Hart launched the first tee shot. In the feature match, Walter Pursey, Inglewood club pro teamed up with amateur Lee Steil to defeat Robert Johnstone, Seattle club pro and amateur Bon Stein 1-up. Low score of the day was turned in by Pursey with a 72. Stein was low amateur with a 78.

Green fees were 50 cents for all day. The old Foster farm house was used as the club house. Mrs. Eddy did the cooking, and sold sandwiches. Thus began Eddys' one family business venture.

Measuring 3100 yards for nine holes, the course was of standard length for the time. It boasted two of the longest holes on the Pacific coast: the No. 5 hole at 656 yards long, par 6, and the No. 7 hole at 598 yards, par 6. The holes were each split into two when the course expanded to 18 holes in 1927.

In 1927, Eddy purchased the adjoining property to bring the course to a full eighteen holes on 85 acres of land. Eddy believed a 6000 yard course could be laid out, although for most of its existence, the course operated between 5000 – 5500 yards.

We're Open to The Public!

No reservations needed!
Walk on in - first come first serve on our patio, at the bar or in our smokehouse restaurant.